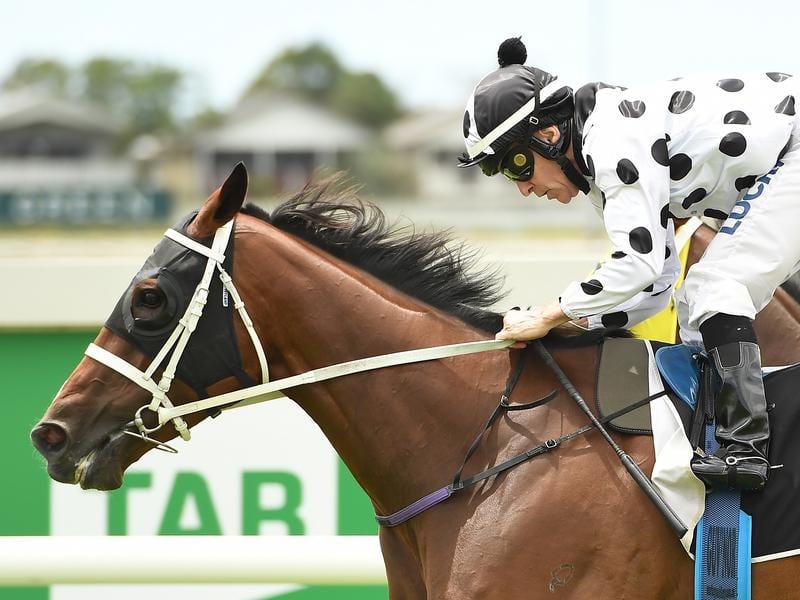 Eagle Farm trainer Lauren Abbott is confident Kievann can improve sharply and give her the first leg of a homecoming feature double by winning the $100,000 Cleveland Bay Handicap at Townsville.

Abbott has taken six horses to north Queensland for the rich carnival on Thursday and Saturday and has already tasted success with Gold Symphony winning at Townsville a couple of weeks ago.

The trainer rode successfully for many years in north Queensland before moving to Brisbane where she married trainer Brad Herne.

Lauren took over Brad’s team when he returned to work at the Brisbane Racing Club.

Kievann was well beaten at Townsville in a weight-for-age race on July 9 but Abbott expects he will be much better suited in a handicap.

“He has done well since that run and it will be his third run back from a break,” she said.

“I’m hoping he draws a good gate and he will be in with a real chance,” she said.

The trainer is also hoping to have two runners, Follow Suit and Estikrhaaj, in the $150,000 Townsville Cup on Saturday.

She picked up the two geldings who were sold recently out of the Chris Waller stable and she felt they were ideal horses for the northern carnivals.

Gold Symphony, who was a stakes winner for the Peter and Paul Snowden training partnership, will miss the Cleveland Bay to head to the Cairns Newmarket next month.

“We picked him up for $15,000 and he has already repaid that so we are looking forward to him really hitting top stride,” she said.